I just received word Chester Bennington of the band Linkin Park hanged himself.

This comes on the heels of the May 17 suicide-by-hanging of Chester’s good friend, Chris Cornell, 52, lead singer of Soundgarden. Apparently Chris and Chester were good friends, and after Chris’s death Chester wrote a letter to him that said, “I can’t imagine a world without you.”

The first “secular” rock concert I ever attended was Ozzfest 2001, where many bands preformed, including Linkin Park. Their music was so dang catchy, but what really stood out with this band was Chester. He had this amazing voice that blew you away. Really moving.

“Really, what profit is there for you to gain the whole world and lose your soul in the process (Mark 8:26)?” 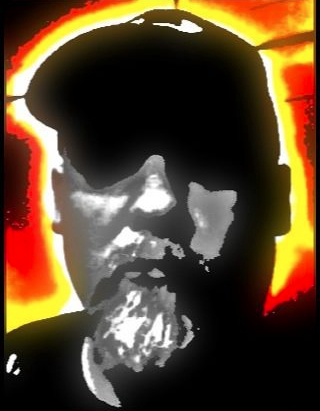 I have what I consider an “artistic soul,” and my 18-year-old son, even more so. I sang lead and backing vocals, played part-time bass guitar and wrote all lyrics for a six-song EP of hard rock music back in the 90s. I also started a comic book a few years later with some buddies of mine. Nothing ever came of either one, but that didn’t stop me from trying to express myself artistically. Now I write this blog (which seems to encourage a few) and just started writing a book. Even if I die a penniless artist, I have to create. My son is a much better singer and musician than I will ever be, and I pray his creativity not only reaches the multitudes, but allows him to make a living at it in the process.

But with the artistic soul comes a fragility some may not be aware of. Singers, poets, musicians, painters, writers, actors, we all have it; a seemingly brittle, inner core which is easily shattered.

But the difference with me, my son and other like-minded individuals is we have Christ to lean on. He’s filled my spirit with an undying flame nothing can extinguish. You may not believe He’s real, or may not follow His teachings, which is your right. I’m simply telling you I have found peace of mind which has eluded many for centuries.

I became aware of the dichotomy of my fragile spirit vs. the matchless strength found in Christ a few years ago when I wrote this poem:

“Am I man of flesh and fear
Or do I let the Spirit near?
One of two paths I must trod
To walk in fear or trust in God

I know life seems devastatingly fragile at times, but believe me, it’s not worth ending it. The enemy of our soul is at work, doing everything within his grasp to steal your soul.

Don’t let that happen. I’m sure Dylan Thomas wasn’t talking about Christ when he penned these words, but they’re still no less inspiring to me as a Christian who fights depression:

“Do not go gentle into that good night.
Rage, rage against the dying of the light.”

As Chester Bennington stated about Chris Cornell, so I say about the Lord: “I can’t imagine a world without you.”

Jesus said, “The thief comes only to steal, slaughter, and destroy. I have come that they might have life, and have it abundantly! (John 10:10)”

Stay strong, and rage against the dying of the light.