It’s Time to get Real about Mental Health Issues 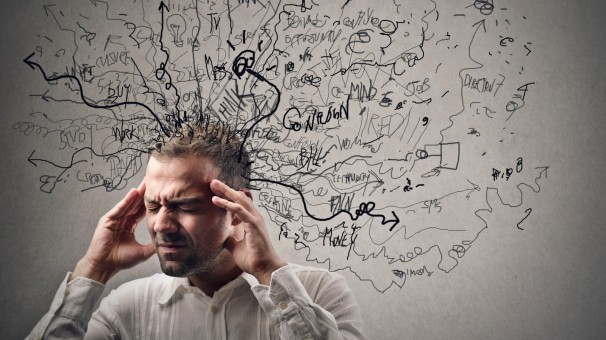 I was 18 years old in 1985, and the most miserable student at Central Bible College (CBC) in Springfield, Missouri, I guarantee it. One dude came up to me about halfway through the year, joy dancing in his eyes, nearly doing a happy-jig, and said, “Isn’t it AMAZING to be right in the middle of God’s will?”

I just kinda smiled, not having the first clue. Despite the blessing of having met the astounding 16-year-old lady who would eventually be my wife, I was miserable, bordering on a breakdown. I even wrote a poem about it, which has been lost to the sands of time.

Next thing I knew, there was a note from the School Counselor in my student mailbox, asking me to some see her. Weird.

When I got there, she began by asking me how I’m doing, to which I, of course, replied, “Fine, how’re you?”

“Well,” she began, in a caring tone which nearly brought tears to my eyes, even BEFORE she spoke, “I’m not so sure you are fine. Your friend, Anthony, read your poem, and was worried about you. He contacted me, which is why I asked you to come talk to me today.”

Anthony is long-gone from my life, but I wish I could see him again, just to tell him “thanks.” He might’ve just saved my life.

I met with the counselor a few times, and she helped me get to the heart of my issue.

That’s not a word mental health professionals like to use, and neither do I. When you struggle with mentally debilitating—and in some cases, medically-diagnosed—issues such as depression, anxiety, bipolar and the like, short of a divine healing, you’re never “cured.”

Like with chronic physical pain, which I’ve also struggled with for nearly 40 years, you have good and bad days. You smile and laugh through the good days, and suffer through the bad ones.

A few short years later I really DID have a nervous breakdown about six-and-a-half weeks into Army Basic Training at Fort Jackson, South Carolina. The walls I’d built to protect my fragile, mental health suddenly crumbled, and I took nearly 60 pills (a combination of opiates, acetaminophen and muscle relaxers) in an attempt to kill myself. I had gotten to the point when I felt I had no hope whatsoever, and my attempts to reach out to my Drill Sargent resulted in mockery and contempt. Thus, I mistakenly thought I had no alternative.

Thankfully, the Lord helped me through that, and I survived with no long-term repercussions. I was lucky, or should I say “blessed.”

That was the last time I had to reach out to a counselor for mental health issues, although lately I’m wondering if I shouldn’t start again. I’m in no danger of suicide this time, but have decades of issues I’ve just sorta swept under the rug, and it’d be nice to try and clean all the CRAP outta my system.

Am I unusual in my experience? Absolutely not. Many people, Christian or not, have suffered encumbering mental issues for which they’ve had to seek counseling.

Problem is, there is a stigma about Christians asking for help. We are afraid to be honest about our issues, for fear of what some may think. Whether due to upbringing, or fear of being seen as a “freak” or a “weirdo,” the simple, sad fact is many of us continue to suffer in silence. We see pictures of seemingly together, perfect people on social media and think, “Why can’t I have it all together, like they do?”

We see videos of perfectly coiffed, overly hip, six-pack-preachers who have all the right moves, all the right words. Their speaking style is immaculate, as are their skinny jeans, and we feel we can never measure up.

But you wanna know a secret? I guarantee each one is fighting their own battles. We’re our own worst critic, and many times it’s impossible for us to see what others see. We view ourselves through the lens of our greatest weakness, whereas others see our strengths and positivities.

The Christianity Today article The Church and Mental Health: What Do the Numbers Tell Us? by Ed Stetzer (https://www.christianitytoday.com/edstetzer/2018/april/church-and-mental-health.html) gives us some interesting statistics regarding a survey they did with a group of Protestant Pastors:

One of the saddest statistics to me, however, is that, while many agree they “should” assist in providing some sort of mental health resources…

Please don’t misunderstand, I’m NOT saying Pastors should all be counseling these people, or putting counselors on the payroll. Many are not qualified for this type of counseling, and to expect that of them, with little or no training, is not fair to the pastor.

What I am saying is, churches should at least have a PLAN in place to help people who reach out to them with a mental health issue. For example, I contacted my pastor a couple weeks ago, and told him about my possible need for counseling. He did not offer to see me himself, feeling unqualified, and gave me the name and phone number of someone he knows personally and can trust. Since I know and trust the pastor, I feel I can trust the counselor he recommends.

You have to be real about your issues. Admitting you struggle with depression is NOT a sign of weakness. Being real about your anxiety disorder does not mean you’re “crazy.” Thousands, millions of Christians the world over are struggling with similar issues, but many of us are too afraid to admit it.

We don’t want to be seen as spiritually weak or confused. We’ve probably all spoken to the well-meaning brother or sister who says, “All you have to do is BELIEVE!” Thus, when our issues don’t automatically disappear when we read the Bible, we automatically think something is wrong with US.

We’re “weak” or “beyond help,” we tell ourselves, when nothing could be further from the truth!

Don’t continue to suffer in silence. Reach out for help before it’s too late! You’re not alone, believe me!

I feel I would miss a golden opportunity if I didn’t share with you a list of Bible verses which have helped me through the years, when I was struggling with depression:

“Don’t Worry about anything; instead, pray about everything. Tell God what you need, and thank Him for all He has done. Then you will experience God’s peace, which exceeds anything we can understand. His peace will guard your hearts and minds as you live in Christ Jesus.” Philippians 4:6-7

“Cast all your anxiety on Him because He cares for you.” I Peter 5:7

“I am leaving you with a gift—peace of mind and heart! And the peace I give isn’t fragile like the peace the world gives. So don’t be troubled or afraid.” John 14:27

“I went down to the bottoms of the mountains that rise from the ocean floor. I was locked out of life and imprisoned in the land of death. But, O Lord my God, You have snatched me from the yawning jaws of death!

“When I had lost all hope, I turned my thoughts once more to the Lord. And my earnest prayer went to You in your holy Temple.

“I will never worship anyone but You! For how can I thank You enough for all You have done? I will surely fulfill my promises. For my deliverance comes from the Lord alone.” Jonah 2:6-7, 9

“For I can do everything through Christ, Who gives me strength.” Philippians 4:13

Church, it’s time to get REAL about mental health issues, before it’s too late.

YOU ARE NOT ALONE.