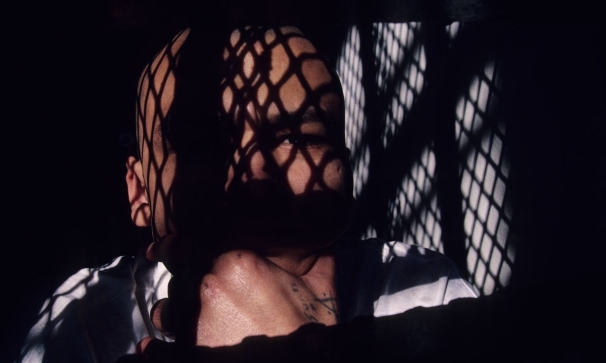 I have friends convicted of murder who are now followers of Jesus. I have buddies who rebelled as hard as humanly possible against the Lord, but today have been forgiven. I have family who cursed God’s name, spitting into the face of a loving Savior, yet came to a saving knowledge of Jesus before they died. As Christians, we fully believe, regardless of their transgressions, these people are now spending eternity in Heaven.

Forgiveness and Heaven could’ve been the fate for the most disreputable offender in the history of the world, but he gave up, gave in and gave out.

In Luke 22:21-23, Jesus and His disciples were at the Last Supper. At one point He said, “Here at this table, sitting among us as a friend, is the man who will betray Me. For it has been determined that the Son of Man must die. But what sorrow awaits the one who betrays him.” Then the disciples began to ask each other which of them would ever do such a thing.

If Judas (the betrayer) was blatantly a “bad guy,” wouldn’t the Disciples have pointed straight to him, instead of arguing over “who would ever do such a thing?”

Jesus said, “Here at this table, sitting among us as a friend, is the man who will betray Me.” And lo, the Disciples began to freak out a little, pointing to Judas and murmuring amongst themselves, for they knew he was a scoundrel.

Just joking, but you get the point.

Notice Jesus said, “Sitting among us as a friend.” So Judas was two-faced, for sure. He was a backstabber, pretending to be one of the guys. Feigning fellowship with the Master, yet secretly planning His demise. Taking pride in his position as bookkeeper for the Savior, but hiding greed, betrayal and villainy in his heart.

Now, we could argue all day about whether it was PREDETERMINED for him to betray Jesus, or if God just KNEW he would from the beginning. I’m more likely to believe the latter, but regardless, he will go down in history as the most infamous traitor who ever lived.

Sadly, he didn’t have to seal his eternal fate by committing suicide. YES, what he done was heinous, unthinkable, and might have been preordained, but he still could’ve been forgiven, had he asked for it. Jesus said, “Rebuke your brother if he sins, and forgive him if he is sorry. Even if he wrongs you seven times a day and each time turns again and asks forgiveness, forgive him” (Luke 17:3b-4).

God knew Judas would betray His own Son, but stood ready to absolve him. Judas felt what he’d done was “unforgivable,” though, and chose suicide.

No matter what you’ve done, Jesus can forgive you. I know many scoff at the notion of “sin,” “forgiveness” and even “God,” and that’s fine. Everyone is entitled to their own beliefs. These are mine, and that of billions of others down through the ages.

During the Last Supper, Jesus said the shedding of His blood was “God’s new covenant poured out for many people for the forgiveness of sins (from Matthew 26).” Nothing is impossible with God, and He can forgive the sleaziest, most disgusting and heinous of sins. Romans 3:23 states, “All of us have sinned and fallen short of God’s glory.”

“And before the world was made, God decided to make us His own children through Jesus Christ. This was what God wanted, and it pleased Him to do it. In Christ we are made free by His blood sacrifice. We have forgiveness of sins because of God’s rich grace” (Ephesians 1:5, 7).

Don’t worry, you’ve not gone too far you can’t be forgiven. You’ve never ran too far away that you can’t come back to the Lord with one whispered prayer. I implore you, don’t cave in to the self-loathing voices in your head; the devil wants to destroy you, but Jesus wants to give you an abundant life (John 10:10)!

Many blessings on you and yours.

One comment on “You’ve Never Ran Too Far From God”