I started this blog a year ago this month, as a creative outlet, and said even if NOBODY reads it, I’ll still get to expel some demons, work out my literary muscles and gain some writing experience. It’s been a pleasure, and while I’ve ran out of ideas twice (once for an entire month!), God always manages to inspire me, somehow, and I keep going.

Shockingly, this is my 150th blog, and while that’s nothing to celebrate for most people, just the fact that I’m here is a miracle. God saved my life, which I’ve written about several times. I would also like to emphatically state, however, that I wouldn’t be here without my wife, Laura.

Or, “My Little Princess,” as has been my nickname for her since we fell in love.

By the time we went to her senior prom, we had been together nearly one-and-a-half years, and were just about to be wed. Never mind the fact that I didn’t have a job or a place for us to live. I was living on “love,” until a stark warning from my dad shook me into reality, and thus, we proceeded into adulthood. 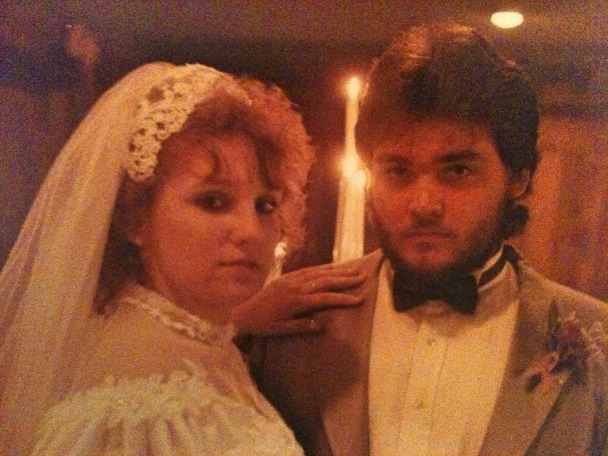 We both went into the marriage with unrealistic expectations, and at the two-year mark, nearly divorced. Our rental house was abandoned while Laura and our baby girl, Jessica, moved in with my in-laws, and I moved in with my parents. 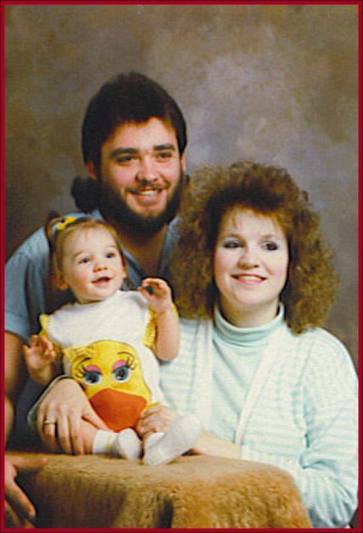 After one MISERABLE week, she showed up at my door and asked me if I still wanted to be married to her. I told her I did, more than anything, and the rebuilding started that day. I felt blessed to have my family back, and began working my hardest at restoring her faith in me, which had slipped after two years of my not wanting to work and having a foul attitude. Things were far from perfect, but at least we were finally on the same team, working toward the same goals.

That was 28 years ago, which is still mind-boggling to me. To put it into perspective, it was the same year Taylor Swift and Daniel Radcliffe were born. 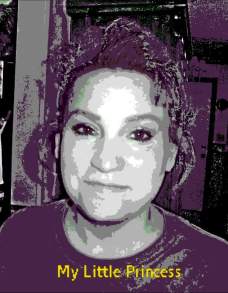 We’ve been a team through thick and thin. She’s stuck by me while I gained and lost weight, grew my hair long and then lost it, and suffered through mountains of pain and multiple surgeries.

She’s just as tough as she is beautiful, and is stronger than anyone I know. Laura has somehow managed to grow into one of the greatest moms I’ve ever met, and has proven to be the same as a grandma, or “Nana,” as our grandson calls her.

She’s more of a kid than her own kids when it comes to playing, and before my back started going bad, we would wrestle each other, many times to a draw. Not even kidding. She also loves to vacation with her family, her favorite place on Earth being Universal Studios in Orlando. Laura will plan everything down to the smallest detail, not to drive us all crazy, but to make sure we squeeze the absolute most out of every day.

To say I love her is the understatement of the century. Living without her would be to my spirit what ripping my heart from my beating chest would be to my body. She’s my heart, my spirit, my smile, mi amor. She’s the reason I get up in the morning.

We’ve had many adventures together, like when we visited Alcatraz island. I was too cheap to buy the uber-expensive picture they took of us, so I found our pic among the hundreds taken that day. I quickly snapped a photo of it with my phone’s camera—a “picture of a picture”—and then both of us ran away laughing, while the dude selling the photographs yelled, “Hey, you can’t do that!”

Another great time was when we visited San Francisco. After we visited the Golden Gate Bridge, which we were surprised wasn’t actually GOLD in color, we paid an English-challenged taxi driver to take us to the house featured in the movie, “Mrs. Doubtfire.”

He drove like the proverbial maniac, dropped us off and quickly sped away. We didn’t see the house anywhere, and were thoroughly confused as a group of teenagers began singing a vaguely familiar theme song while taking videos of each other in front of a row of houses. Laura asked a bystander about it, and the lady responded, “Oh, these are the houses in the introduction to that TV show, ‘Full House.‘”

He had taken us to the wrong place. No matter; we snapped a picture of the row of houses referred to by the locals as “The Painted Ladies,” and then called an Uber driver to take us to our original destination.

Then there was the time we spent a few days in Pebble Beach:

You can’t tell it by the pic, but she’s FREEZING. The area was so beautiful, but we paid the price for it when we stood out in the brisk wind to snap this picture.

Yes, we’ve had many adventures, and I hope to have many more.

So here’s to Laura, My Little Princess, my great love. I continue to be inspired by you, and will cherish you into eternity. 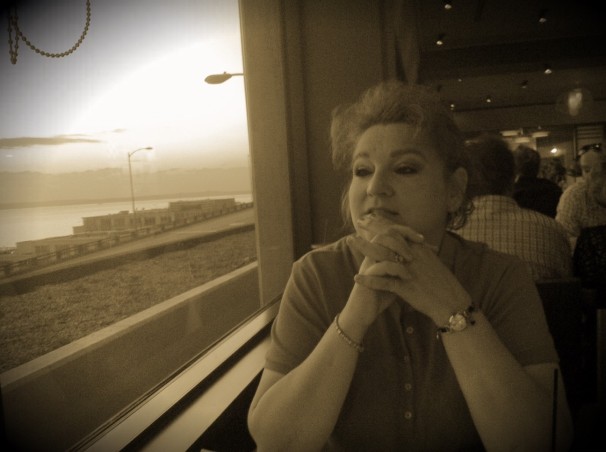